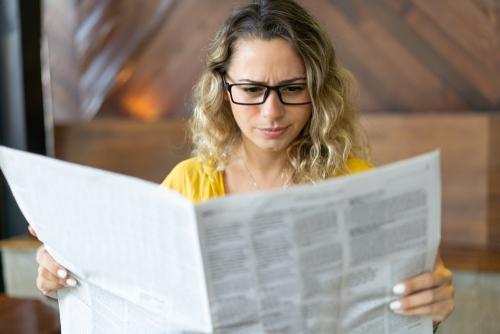 Have you been flooded with flyers about new medical malpractice insurance carriers? Do the low rates seem too good to be true?

We have done the research on these carriers, and will provide unbiased information about the many options available to you. We will point out the main coverage differences that need to be considered when making a decision about your policy and carrier.

Some of these companies are attempting to create the illusion of financial stability by saying that they are “rated,” but they are not typically rated by the standard industry organizations used for financial stability ratings which include: A.M. Best, Standard & Poor’s (S&P) and Moody’s. There are many reasons why an insurance company may not be rated by A.M. Best, Standard & Poor’s or Moody’s, including: they have been in business for less than three years, they currently do not want to spend the time or money required for an evaluation by these organizations or they may be concerned that the initial rating may not be good and effect marketing efforts, etc. In 2017, three Risk Retention Groups– Fairway RRG, Oceanus RRG and Doctors and Surgeons RRG – were placed into liquidation, placing their policyholders future claims at risk of being covered. Fairway RRG entered into an agreement with another RRG to attempt to maintain continued coverage for their policyholders.

There are several non-rated Risk Retention Groups (RRG) and Risk Purchasing Groups (RPG) advertising cheap rates which are mostly start up companies. Many of them are NON-ADMITTED and NOT RATED which leads us to avoid recommending them in most cases.

As an independent agency with access to Admitted, Non-Admitted and specialty carriers, we have done the research for you. Let us be your partner in protection.

The primary difference between risk retention groups (RRGs) and risk purchasing groups (RPGs) is that RRGs retain risk while RPGs do not. RPGs purchase insurance from an insurer, which issues the policies and serves as the risk bearer. RRGs, as insurers, issue policies to their members and bear risk. Another key difference between the two entities is that RRGs typically require members to capitalize the company whereas RPGs require no capital. Other differences derive from the way in which the two entities are regulated, both under the Liability Risk Retention Act (LRRA), as well as state laws. In addition, almost all RRGs purchase reinsurance.